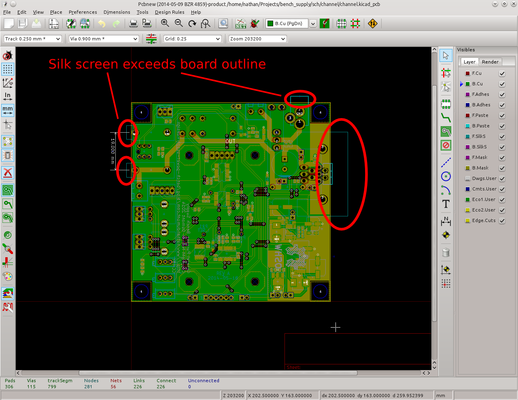 Offending Silk Screen: A few connectors and the heatsink in this design are over-hanging the board.

Sometimes when submitting boards for cheap panelised manufacture you need to keep all of the layers of the gerber file within the size of the PCB. In some boards I find there are bits of silk screen (e.g. connector outlines) which overlap the edge of the board. As far as I can see there's no way to limit the silk screen to the edges of the board by default, but I have a work around that might be useful. 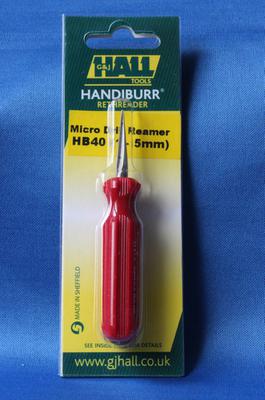 Stripboard construction and home-made PCBs are going out of fashion these days, but for the odd power supply or prototype they're still often worth doing. One of the most annoying problems I regularly face when building things (especially power supplies) on stripboard is components with leads too big to fit. Most cheap stripboard tends to use punched holes between 0.8 and 1.0mm in diameter (about 40 thou). With power-handling components particularly leads can be 1.0mm or even bigger, and they just won't push through the board. Opening out holes with a craft knife can be tricky, and having a range of tiny drill bits can be costly (especially as they're really easy to snap). The best solution is a mini reamer.

The idea of an open source laptop makes me feel the same excitement I felt using Linux for the first time over a decade ago.

Earlier this month Andrew "bunnie" Huang, hacker of the Xbox (read the book) and creater of the Chumby announced a crowd funding campaign for his Novena open-source laptop. I'd heard about the project before and liked the design. In fact I have several almost identical system level designs in my engineering notebook waiting for me to have the time and money to make one myself. Since it is unlikely I'd ever get around to building anything that costly or complex on my own I'm really excited to hear that I can buy one of someone else's design. 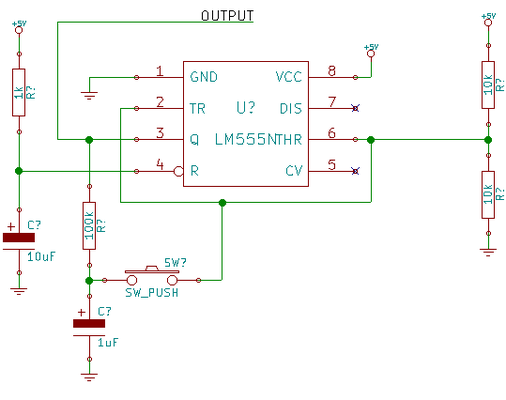 555 Bistable Schematic: Basic toggle function starts in the "off" state implemented with a 555.

This, Jen, is the Internet

The Internet: This, Jen, is the internet.

For OggCamp this year I had the idea of taking along a replica of The Internet from the British TV series The IT Crowd. If you haven't seen the episode, it revolves around a clueless IT manager being selected as the employee of the month. As employee of the month she is expected to make a presentation to the shareholders about her area of expertise. Keen to show her up, the two support guys manage to convince her that a small black box with a red flashing light is actually the Internet.

The box has become a favourite amongst fans of the program with dozens of versions of it having been built. It even made a brief appearance in the final episode of the series broadcast earlier this year.

This year at OggCamp I presented on using version control to manage hardware projects. It's something I think will be really important as the barrier to spinning a new hardware design gets lower and lower. Below are the slides from the talk I did. 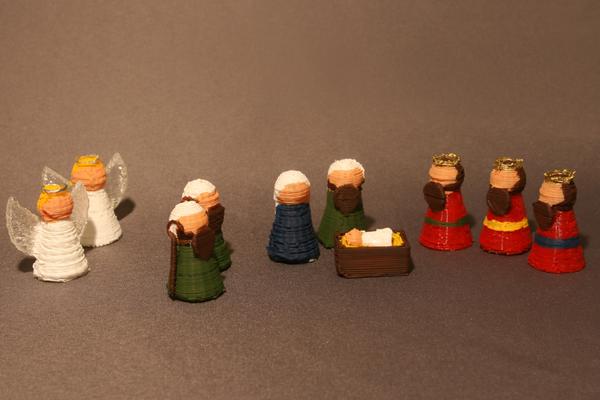 3D Printed Nativity Set: All the figures included, printed and then painted.

This is nearly a year old now, but by the time I finished it last year it was too late for anyone else to have a go, so rather than publish just after Christmas and have it forgotten I sat on it for nearly a year. I was looking for a small Christmas themed plastic model to put in home made crackers for family. In the end I came up with the idea of designing a minimalist nativity set which once everyone pulled their crackers could all be assembled. It all went down well with both my family and Katie's. 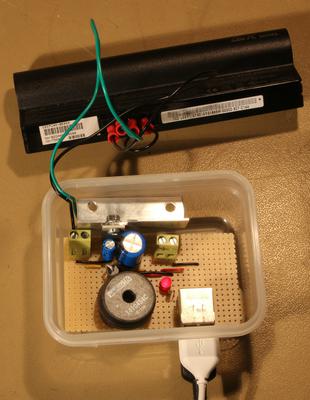 I went camping at a festival this weekend, this meant 3 days in a tent with no power. Of course there are charging facilities at such an event, but they're not free and you can't charge your phone while you're asleep like at home. Previously I built a one charge boost charger to let you charge up a phone on the go, but that's only good for one charge of a modern phone and then it needs charging itself. I was camping with my wife for three nights and we both have modern Android phones which we used a lot so we needed 6 full charges over the course of the weekend. Looking around the lab here before we went I spotted the old ASUS EEE PC 701 extended battery and realised that would probably be quite a big capacity.

Having a really good soldering iron can really affect the range of parts you can use in projects and the time it takes you to do things. I've been using a Weller TCP iron that was originally owned by Tektronics for many years and it has been a great tool (and still is!) but upgrading this to lead free can be pricey and the temperature control in these old mechanical irons can make switching from soldering pads connected to hairline tracks to pads connected to ground planes a little dangerous for the components. I had a couple of bits of 0.5mm pitch soldering to do, so before I got started I decided to get a new lead-free compatible iron. After some research I settled on the OKI PS-900 soldering station.

The OggBox is a simple, hackable open hardware music player. It's a pocket sized device, about the size of a smart phone which can play or record open formats to or from an SD card. It will support Ogg Vorbis, FLAC and WAV files, but has only been tested on Ogg so far. The hardware was designed in KiCAD and all the files are available to download and use (CC-BY-SA).